Joint press release by FAO, WHO and the Viet Nam National Steering Committee for Antibiotic Resistance

Vinh Phuc, Viet Nam, 13 November– The third World Antibiotic Awareness Week during 13 -19 November calls for stronger action from all sectors to stop the misuse and overuse of antibiotics to combat resistance. The National Steering Committee for Antibiotic Resistance, the Food and Agriculture organization of the United Nations (FAO) and the World Health Organization (WHO) are again joining forces to raise awareness about antibiotic resistance and responsible use of antibiotics.

Highlighting the importance of commitment at the local level, the National Steering Committee for Antibiotic Resistance, FAO and WHO co-organized the Antibiotic Awareness Week kickoff event in Vinh Phuc province on 13 November 2017. “Stronger policies and high level commitment alone are not enough to stop the misuse and overuse of antibiotics”, said Vice-Minister of Health, Dr Nguyen Viet Tien, Chair of the National Steering Committee for Antibiotic Resistance in Viet Nam. “We must engage the communities and make sure everyone knows how to use antibiotics responsibly. Every regulator, farmer, doctor, patient and consumer must take action to stop the rise of AMR in our communities”.

The government moves ahead with the National Action Plans on AMR

The government of Viet Nam is a forerunner among other countries in South East Asia in showing multi-sectoral commitment and taking action at all levels of government to combat AMR. “Viet Nam has shown impressive leadership in creating mechanisms for collaboration across sectors. We see continuous progress in moving toward improved surveillance systems and control of antibiotic use to safeguard both human and animal health”, stated Mr. JongHa Bae, Representative for FAO in Viet Nam and Dr Kidong Park, WHO Representative in Viet Nam.

In September of this year, the government called on the ministries of health, agriculture, environment, trade and industry to discuss the successes and challenges of the National Action Plan on AMR 2013 – 2020. Later in October, an AMR surveillance working group was founded to improve collaboration among stakeholders working in AMR surveillance in human and animal health, communities and the environment.

“Viet Nam is taking important steps to join WHO Global Antimicrobial Resistance Surveillance System. AMR surveillance is the cornerstone for assessing the burden of AMR and for providing the necessary information for action in support of local, national and global strategies.” said Dr Park.

2017 also saw the launch of the National Action Plan for Management of Antibiotic Use and Control of Antibiotic Resistance in Livestock Production and Aquaculture 2017 – 2020, by the Ministry of Agriculture and Rural Development (MARD). “Action to manage antibiotic use and control AMR in one sector must go hand-in-hand with enforcement of regulations in and collaboration with other sectors. FAO and WHO stand with the government of Viet Nam to support this effort”, said Mr Bae.

Around the world, many common infections are becoming resistant to the antimicrobial agents used to treat them, resulting in longer illnesses and more deaths. Infections like pneumonia as well as HIV, tuberculosis, and malaria are increasingly becoming untreatable because of antimicrobial resistance (AMR). Viet Nam is among the countries that in recent years have witnessed a growing threat of antimicrobial resistance, brought about by the excessive and irrational use of antibiotics at all levels of the health care system, in aquaculture and livestock production and the public.

As a part of the regional campaign to stop the misuse of antibiotics, the WHO Regional Director for the Western Pacific, Dr Shin Young-soo has launched the race to one million pledges to stop AMR. Log on to https://pledge.antibioticawarenessweek.org/ and make a pledge. By pledging you commit to stop the misuse of antibiotics and will receive information about what action to take to combat resistance. 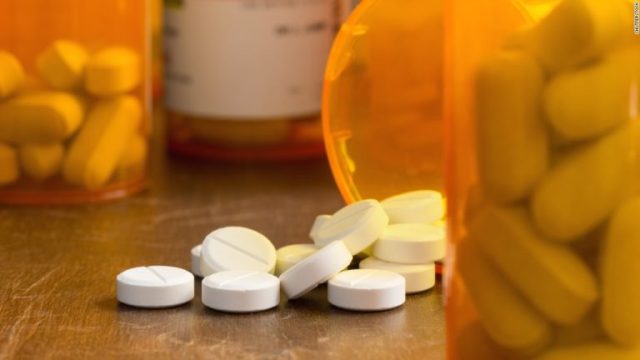